Many banks in the euro zone have a real leverage at 30 to 50! They cannot withstand the large current financial turmoil.

August 18, a bank has even been forced to borrow $500 million to the ECB for a period of seven days to avoid being in default according to the ECB.
August 25, at maturity, this bank has had difficulties to repay the loan and had to sell assets in panic but it was not the only one with these problems.

In early U.S trading, the DAX index fell 5% from its level in the early morning in Europe: Sidharth Chaubey relates (in comments of my blog) that the amount of trade was €7.25 billion for a quarter of an hour based on information from Bloomberg.

Conflicting reports circulated about this unusual drop in prices. In such circumstances, the most serious is that neither banks nor authorities publish pertinent information, leading to persistent rumors and misinterpretations.

I interpreted the announcement of the ECB 11,034 as a loan application (as the previous week to 11,033) which was not finally allocated, which does not correspond to reality …

Stanislas Jourdan and other readers of my blog have well noted that this was a normal announcement of the ECB, which makes it possible for banks who may be in default currency to lend (for a minimum of $5 million) in provisions that were taken after the bankruptcy of Lehman Brothers, 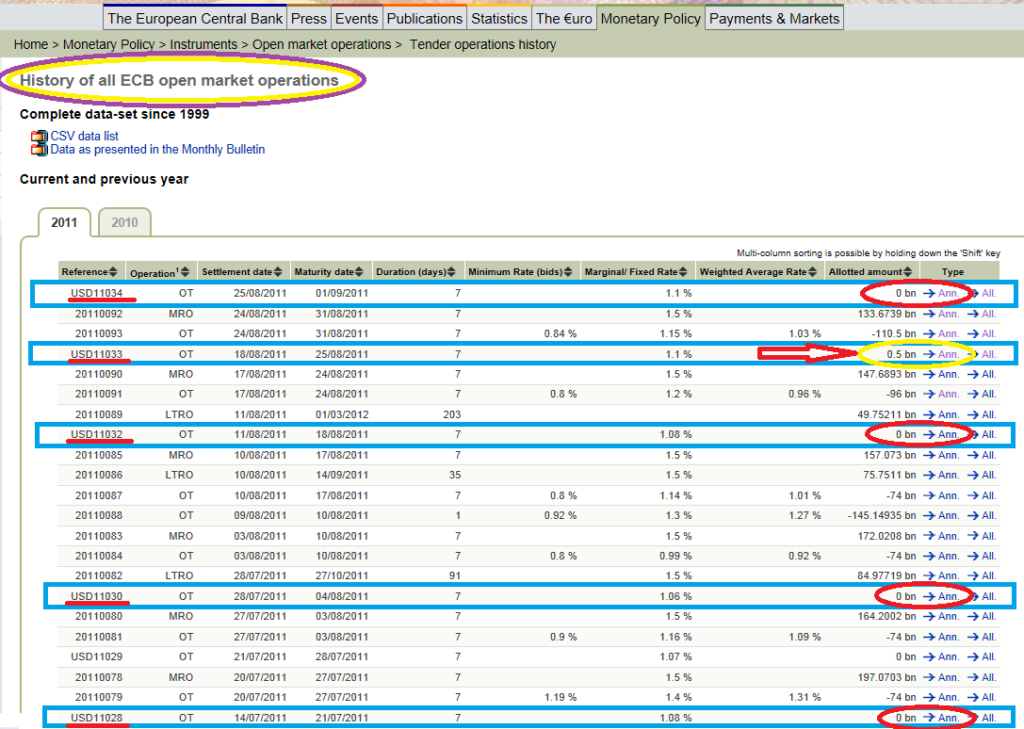 The ECB has very few reserves in dollars and it may at any time be in default of payment in dollars. This is why it has entered into swap agreements with the Fed and other central banks.

1 réflexion sur “Banks in the euro zone: no more bets!!”