Crédit Agricole SA, the second of the four Gos French banks, is listed on Euronext Paris. It is part of an unlisted group Crédit Agricole Group, which includes regional and local banks as a financial arrangement. These banks published their accounts, half 2011 available in English …
Document 1: 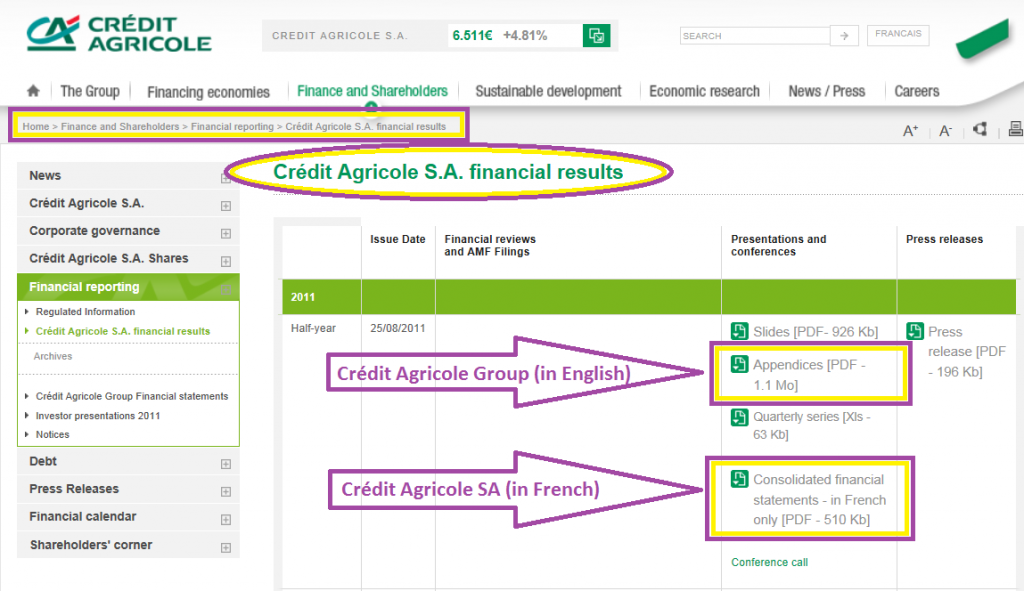 On this page, the information in English is about Crédit Agricole Group unlisted (Appendices): shareholders’ equity amounted to €73.8 billion at June, 30 …
Document 2: 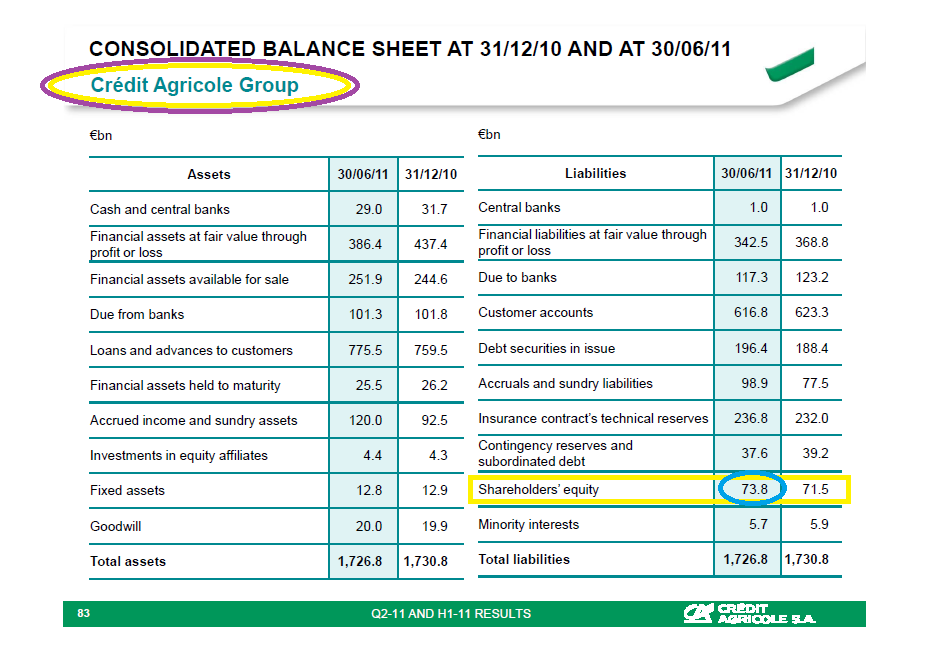 … But information on Crédit Agricole SA listed are only available in French (Consolidated Financial Statements, in French only): shareholders’ equity (capitaux propres) amounted to only… €47.1 billion!
Document 3: 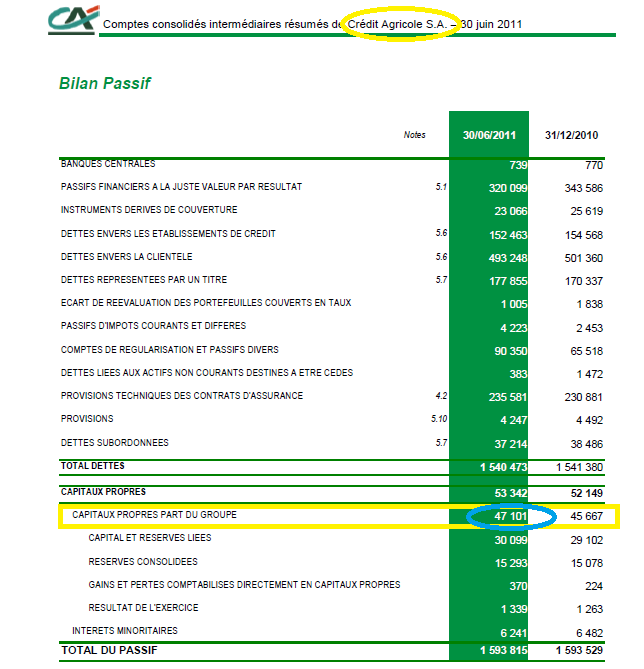 It is a deception to believe that non-French investors leverage is higher than it actually is.

Amounts are in billions of euros.

As I have written several times (in French), French banks calculate this ratio by their rules in accordance with other managers of big European banks too big to fail.
They do not correspond to those recommended by Greenspan and international investors.

To comply with these rules, as do American big banks, these four Gosbanks would increase their equity to… €385 billion euros (GDP is at €1986 billion!) or €6,000 per capita (64 million of inhabitants)!
It is of course impossible.

As was rightly pointed by Greenspan and Ben Bernanke, the collapse of the euro zone will have historic consequences, including in the United States.
Everything is simple said Milton Friedman.