The situation is out of control in the euro zone, as I have been writing it for a while…

The interbank market does not work because euro-zone banks managers have lost confidence in other banks.
So they keep their cash in US$ rather than lending it to other banks that need it as they would in normal times: ECB had loaned $5 million to a bank on August, 25,
Document 1: 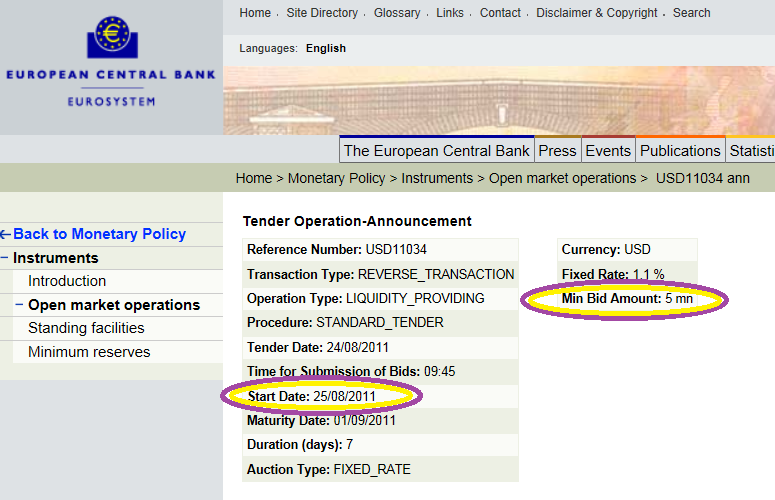 ECB had previously loaned $500 million (USD) last August 17 at this bank that might be in default, as last year’s May 6.This caused a flash-crash in U.S. markets,
Document 2: 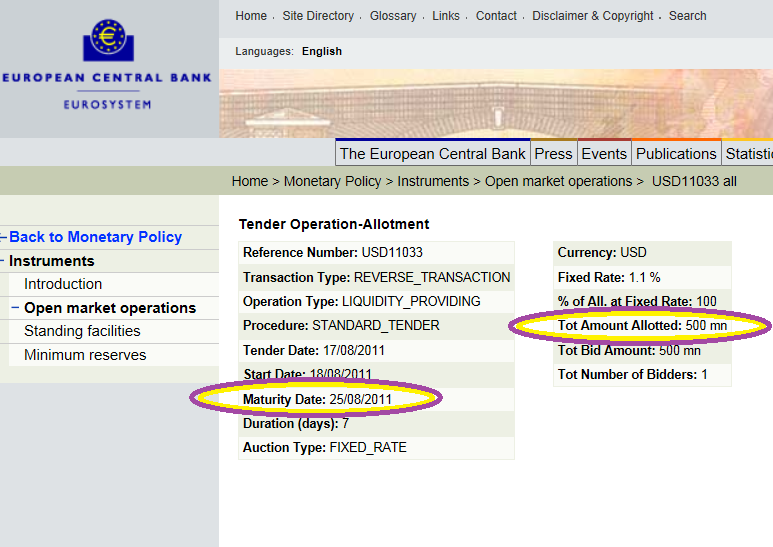 … Which means that this beneficiary bank could not repay the loan at maturity.

The problem is serious.
Most disturbing is the paltry amount of money, which shows that while the interbank system is completely blocked (the bankers know very well that all is very bad) and that ECB has really nothing in its reserves, i.e. no foreign currency (in dollars) in reserves.

The swap lines that were concluded and renewed should avoid another crash but not the crisis in the euro zone.

I am grateful to the reader of my site that gave me this information (in commentary).

Click here to read my previous article on this and click here to access to the ECB page giving this information that nobody has noted, to my knowledge.